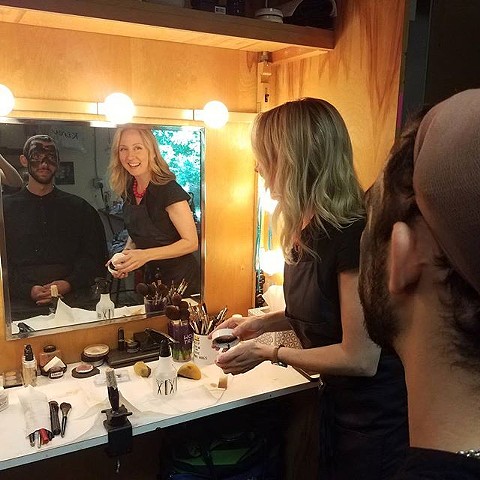 Anne Nesmith is a Washington, DC-based wig designer who has been working in opera and theatre for over 20 years.

Her work has been seen internationally at Seiji Ozawa’s Saito Kinen Festival in Matsumoto, Japan and Hyogo Performing Arts Center in Nishinomiya, Japan. Anne was the Resident Wig and Makeup Designer for the Baltimore Opera Company and has constructed wigs for the Metropolitan Opera, Wicked, the Scooby Doo, Live! tour and the Asian tour of 42nd Street.